This page is currently under construction

Using my extensive knowledge of art history and museums’ online collections, I live-match runway couture worn during award shows and celebrity-filled galas with famous artwork. As I virtually dash through the galleries via their website, I cross geographies and jump through time and space.

It started while watching E!RedCarpet’s Met Gala Manus x Machina (2016) special; I realized that one of the celebrity’s gowns appeared to include a pair of silver seashells from the museum’s collection.  This amusing comparison became the first of many that evening, soon turning into an annual tradition matching couture and artwork exclusively from the Met. 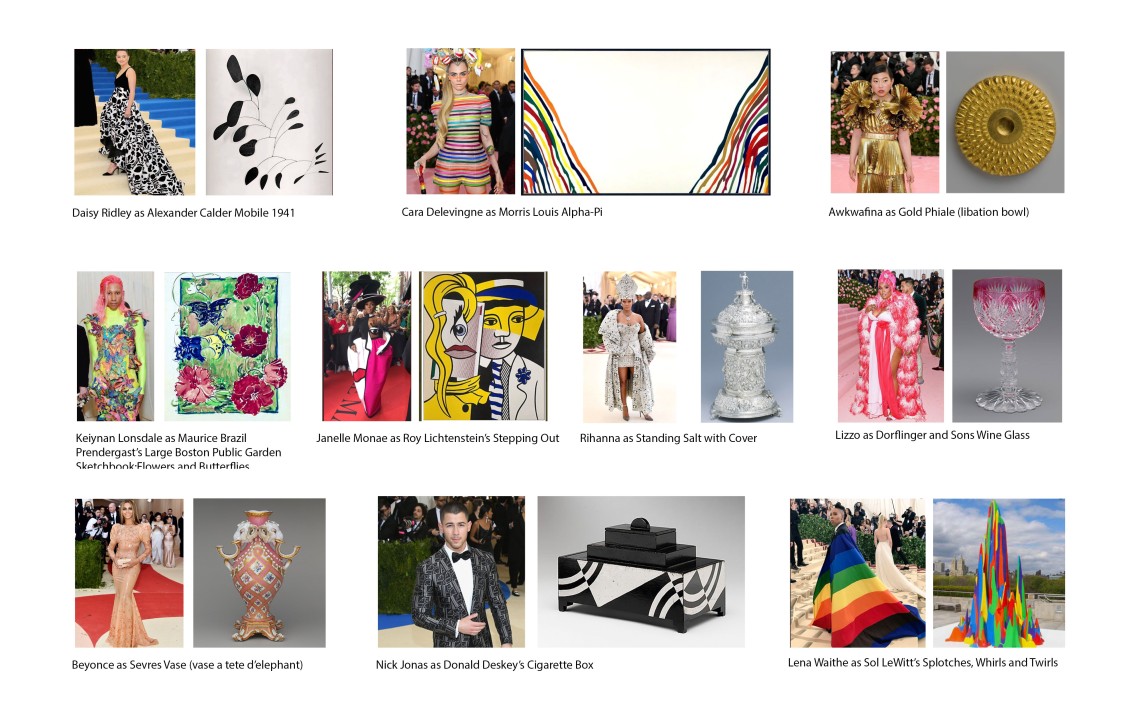 Couture-artwork live-matching is now something I do regularly during major award show red carpets, such as the Golden Globes, Oscars, and Tonys. I look at colors and patterns in the fabrics, gestalt of the entire outfit, and the angle of necklines and hems and match them to art in a variety of media and styles.

This project has gained some popularity online, with art critics and curators. In 2017, The Sun featured my MetGala tweet about Tracee Ellis Ross in their article FROCKY HORROR Met Gala 2017: From Katy Perry’s Thinly-Veiled Catastrophe To Madonna’s Camo Combo These Are The Worst Looks On This Year’s Red Carpet and in 2021, FootwearNews featured my Grammy tweet about Phoebe Bridgers in their article Worst-Dressed at the 2021 Grammy Awards, According to You. 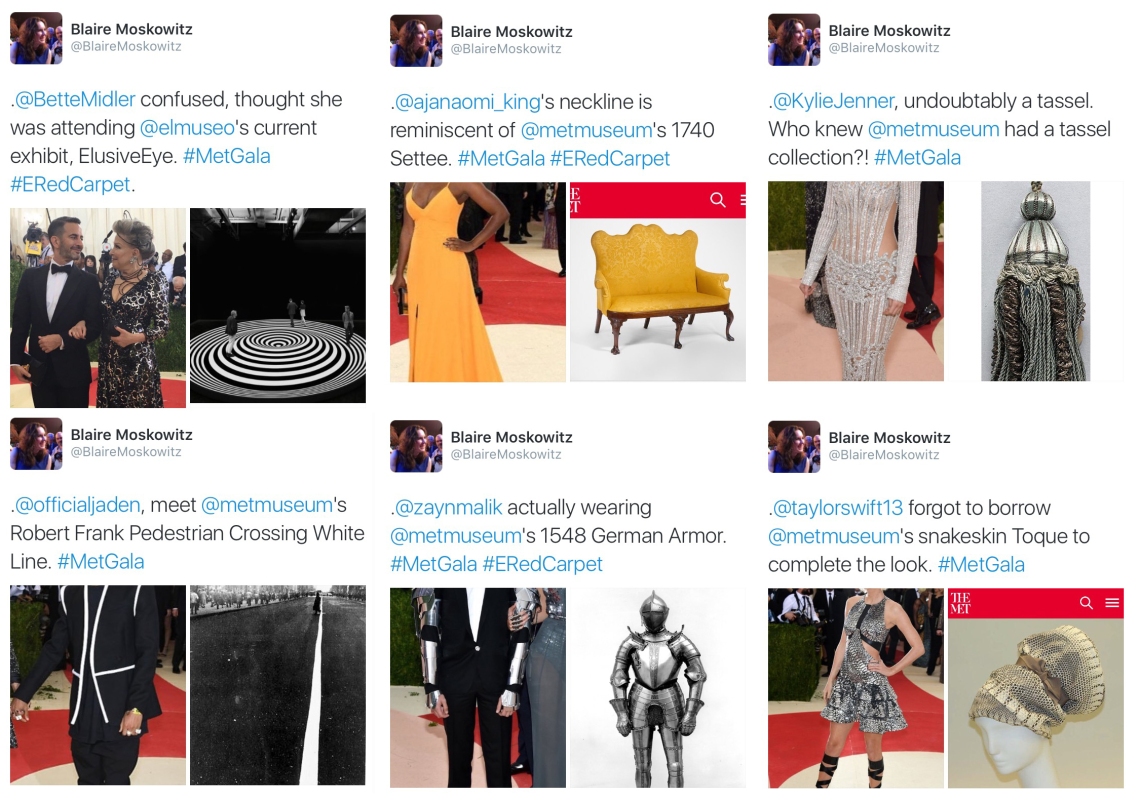 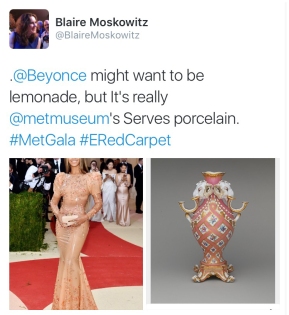